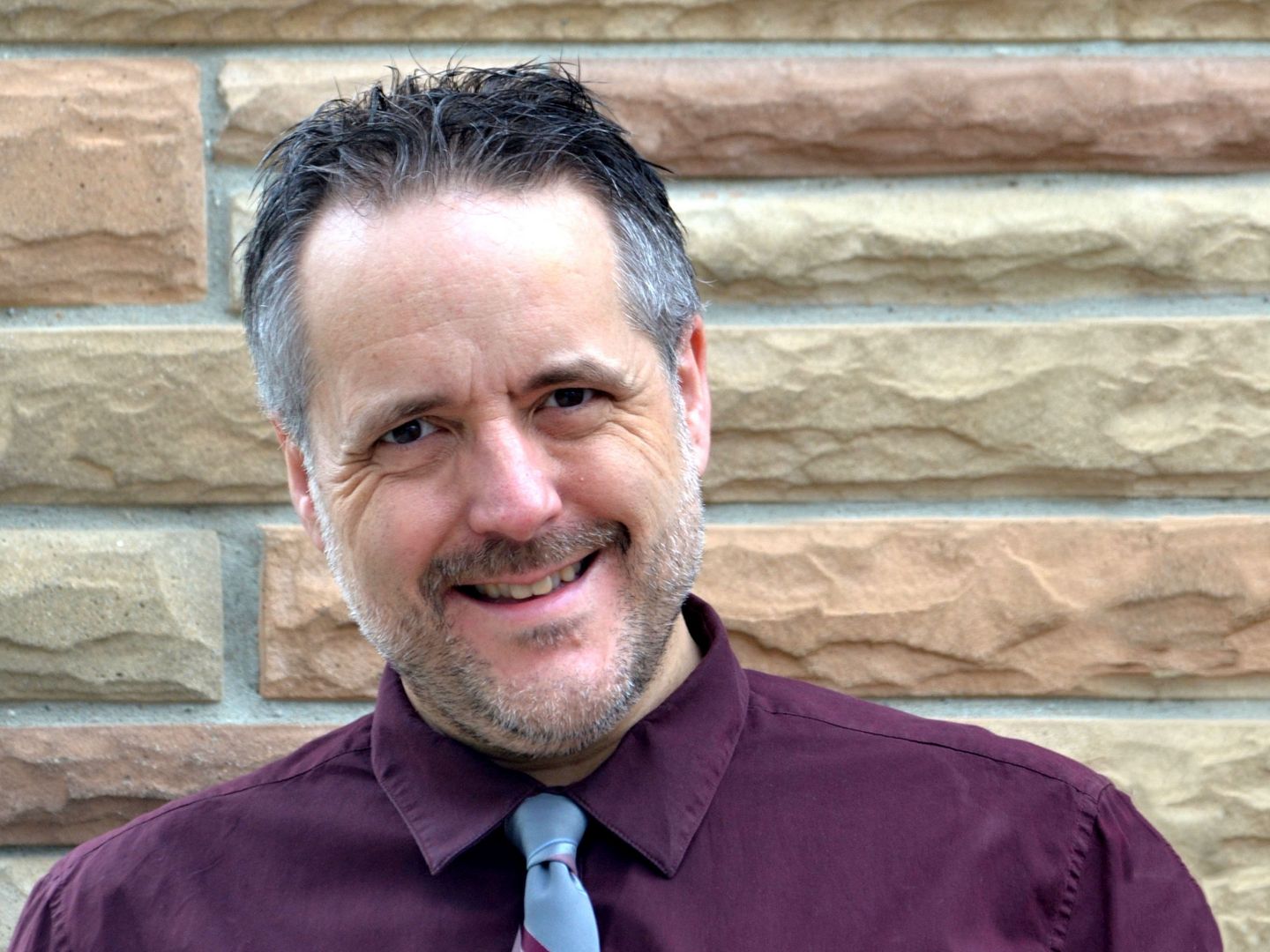 Paulina Gulińska-Jurgiel: What was the source of your interest in Poland? Your CV said you spent the years 1986-1988 there. Was that a consequence of dealing with Poland earlier?

Brian Porter-Szűcs: I have Polish ancestry, but I must admit that this is not what set me on my academic path. After I graduated from college I wanted to travel, but I had no money. One of my professors pointed me to the Fulbright grant, which back then published the ratio of applicants to awards for every country. Since almost no one wanted to go to Poland during those years, the odds of winning a fellowship there were about 50 per cent, and I figured that this was a competition I could handle. I got the award, and that trip inspired me to pursue a doctorate in Polish history. It was serendipity. To be honest, I’m not a Polish historian because of anything intrinsic to Poland, and I’m sure I could have had an equally rewarding career studying another country. Every country is interesting, because people are interesting.

Was it a good time to live in Poland and to study its history and culture? It was after the euphoria of the Solidarność, and immediately after the Martial Law period. What were your impressions at the time?

It would be insensitive of me to say that the 1980s was a great time to be in Poland, because that was a period of widespread hardship and despair. That said, I have to admit that it was a fascinating experience for me personally, on many levels. Selfishly and superficially, the collapse of the złoty made my dollars insanely valuable, which allowed me to travel and experience the country in ways that young Americans going to Poland today could never afford. In addition, I was fortunate to be part of the last generation that could experience communism as an adult. Ok, a very immature kid in his mid-20s—but still, old enough to understand what was going on around me. I was given a chance to observe a social, economic, and political system that would vanish just after I left.

How did you arruve at your first research topic?

Again—serendipity. I had to fill out a form when I first arrived in Poland that asked me two questions: what is my narodowość (nationality) and what is my obywatelstwo (citizenship). For Americans, those two terms are synonyms. My quest to understand that oddity led me to the most important keyword in the Polish language: naród (nation). I spent the next decade trying to figure out what it meant.

When I look on your publications I get the impression you aim at the most contentious topics: Poland in the Modern World: Beyond Martyrdom (2014), Faith and Fatherland: Catholicism, Modernity and Poland (2011), When Nationalism Began to Hate: Imagining Modern Politics in 19th Century Poland (2000). Why do you choose such sensitive topics?

I did not select any of those topics because they are controversial, though that was a welcome feature. The best works of history frame their argument this way: “most people think that X is the case, but in fact Y is more accurate.” If a historian isn’t challenging some truism or unacknowledged assumption, then what is the point? Our mission is to stand behind all the social scientists holding a sign that reads “it’s more complicated than you think!”

You write primarily for English-speaking readers; what kind of reactions do you expect for the books?

Actually, nowadays I am starting to think of my audience differently. Early in my career I was mainly addressing anglophone readers. I wanted to be seen as a historian first, and a Polish expert second. That was important personally, because promotions within the American higher education structure go to those who can prove their significance to administrative authorities who might struggle to find Poland on a map. Now, however, I’ve received all the promotions I can get, so I am free to write whatever I want. This is why I worked with the amazing team of editors at the Filtry Publishing House in Warsaw to publish my newest book, Całkiem zwyczajny kraj: Historia Polski bez martyrologii (A Perfectly Ordinary Country: A History of Poland without Martyrology). In 2014 I wrote the English language book you mentioned earlier, Beyond Martyrdom, and that was the foundation for the new book. But the latter was much more than a translation: large sections are new, and the polemical tone is sharper. I think I can make a contribution in Poland by offering an “outsider’s” view, because we can sometimes spot implicit assumptions that might otherwise remain invisible.

Całkiem zwyczajny kraj does indeed offer a clear contrast to the popular understanding of Poland’s past. Almost every Polish child grows up convinced that Poland is a distinctive, absolutely exceptional country. Did you want to provoke?

Yes, but only if by “provoke” we mean “to encourage readers to ask questions and challenge their assumptions.” That word—challenge—is better. I don’t want to replace the existing stories with a new orthodoxy, but only to open up space for debate. I’d be happy to be proven incorrect about any specific argument in that book, as long as people are engaging with the issues.

You say: Poland is a perfectly normal country. How do you try to prove it?

That part is easy. Pick your measurement: wealth, education, health, politics, whatever. In every case the Poles are above the global average, but somewhat below Western Europe and North America. This is true for almost any point in time over the past few centuries. The one exception is WWII, when conditions in Poland were as bad or worse than anywhere on earth. But even then, nothing was truly unprecedented. It's crucial to recognize this, because only if we do so can we explain anything. If Poles experience something that is in fact shared by millions of people elsewhere, then obviously the causes must transcend the national level. I’ll give one example: the shortages of the 1980s. In Polish historiography this is typically explained by pointing to some aspect of communism. Yet not all communist countries had the same problems at that time, and several noncommunist countries did: Mexico, Brazil, and Chile. What do they have in common? The 1980s debt crisis, which in turn has its roots in a specific moment in the financial history of capitalism. We can’t see that unless we “normalize” Polish history.

How have Polish readers responded to your book?

I’ve been stunned by the positive reception. I never imagined that I would ever have a book appear on a bestseller list! Even a decade ago, I don’t think there would have been as strong a demand for a book like that one. I credit the Law and Justice government with setting the stage for my book. By pushing a highly nationalistic, tendentious understanding of Polish history, and by explicitly politicizing that topic, they have generated a backlash. There is now a widespread desire for an alternative, and several of us have offered such an alternative. For example, Adam Leszczyński, Kacper Pobłocki, and Kamil Janicki have all come out with books over the past two years that focus on the horrific history of the peasantry, placing serfdom at the very center of our understanding of Polish history. All of these books have been selling very well, demonstrating that there’s a longing for new approaches.

Let us get back to the United States: You have taught at the University of Michigan since 1994, and some of your courses are devoted to the history of Poland. What are your goals in those classes, and how do students respond?

There seems to be a genuine fascination with Poland. Although numbers have been declining in the past few years (as they have for all history classes), generally I get 50-75 students in my course on modern Polish history. My goal is similar to the one I have when addressing Polish audiences. I want students to see the that United States is by no means exceptional or unusual, and that most of what has happened in Poland has usually happened here too, albeit in different forms. There are so many parallels: racial laws in the US can be contextualized alongside the history of antisemitism; the rise of consumerism in the 1960s and 1970s transformed social life in both countries; the industrialization of Detroit and Łódź happened at almost exactly the same time, in similar ways; US foreign policy towards Latin America in the Cold War is painfully similar to Soviet foreign policy towards Eastern Europe. If Poland is a “perfectly ordinary country,” then so is the USA.

Thank you very much for the interesting conversation!