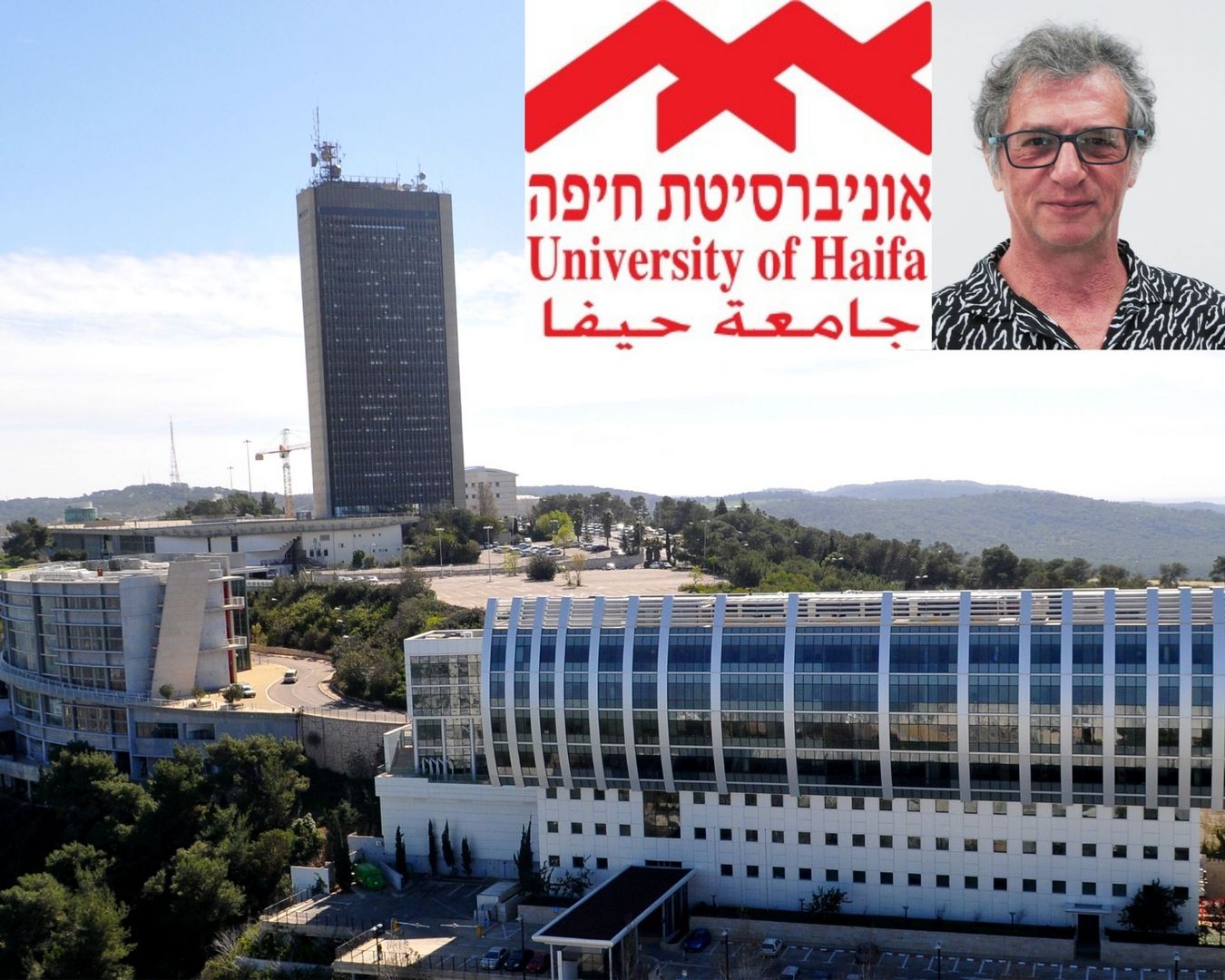 Yvonne Kleinmann: Could you give us an idea of how you entered the field of Polish Studies? What triggered your interest?

Marcos Silber: Born in Argentine, the offspring of a Yiddishist family, I began my graduate studies in the field of Latin American Jewish History and even published in the field. I have never imagined becoming a scholar of East European History. During my studies I enrolled by chance in a course on Russian History with Prof Matityahu Mintz (Tel Aviv University). He and his approach captivated me and I gradually got immersed in East European Jewish History. Under Mintz’s supervision, I began my doctoral studies focusing on Ukraine. However, the documents I found during my archival work let me to change course to Polish-Jewish History. I then began to learn Polish, and studied Polish literature and history.

The focus of my dissertation was on state policy regarding the Jews in Congress Poland and Galicia during the First World War. This research resulted in my book Different Nationality, Equal Citizenship! The efforts to Achieve Autonomy for Polish Jewry during the First World War, which was published in Hebrew in Tel Aviv in 2014. Simultaneously, I began to be interested in post-World War II Poland and the relations between Poland and Israel. Consequently, together with Prof. Szymon Rudnicki, I edited a selection of documents on Polish-Israeli relations, published in Hebrew in Jerusalem and in Polish in Warsaw in 2009. Many more publications in English, Hebrew and Polish followed.

You have been a Senior Lecturer at the Department of Jewish History at the University of Haifa for many years. Could you give us a brief outline of your fields of research?

I joined the University of Haifa in 2004, and from 2020 I am Associate Professor. Currently, I am the chairman of the Gotteiner Institute for the History of the Bund and the Jewish Labor Movement and the Vice Dean for Teaching and Learning at the Faculty of Humanities.

In my research I touch different fields and periods, and use various approaches. I haven written extensively on questions of Jewish nation building in Poland during the fin de siècle and the First World War, on mass culture in interwar Poland, on migration, and also on Polish-Israeli relations.

Currently, I am working on a monograph on the transference of motifs between Polish and Jewish nationalisms. In this context I analyze some under-researched phenomena among people of the Polish Great Emigration from the middle of the19th century, as well as the transference of state building practices between the People’s Republic of Poland and Israel in the 1950s.

Simultaneously, I am finishing a monograph on the creation of Polish, Jewish and Polish-Jewish urban mass culture in interwar Poland, and have already published on some aspects related to film, cinema and commercial theater.

How would you describe the overlapping of Jewish and Polish history?

While researching the transference of motifs between Polish Nationalism and Zionism during the 19th and 20th centuries, for instance, I explore and analyze them as completely interrelated. Like the face of the god Janus, on the one hand these nationalisms are discursively looking at opposite directions, but on the other hand, they are one, single creation, the same head, which does not understand how much it shares behind its forehead.

When studying mass and popular culture in interwar Poland, in Polish, Yiddish, and Hebrew, I see how the mass culture discourse functioned (re)creating two separate mass and popular cultural spheres, reflecting a political-ideological hegemonic view of the first part of the 20th century. However, I emphasize that both Polish and Jewish mass culture were created together, at the same place and time, and eventually by the same people. Also interwar mass culture functioned as one Janus head with two faces, united as well, by the denial of the symbiosis, fueled by a »bloomean« anxiety of »influence«.

Is there a specific scholarly interest in Polish Studies in Israel? And if this is the case, how has it developed over the last decades?

The interest in Polish Jewish history in the Israeli academy is as old as the Israeli academy. In general terms, the research of Polish Jewish history in Israel began much earlier than worldwide in general. Naturally, the focus is on the Jews in Poland and their experience. The first generation of researchers in Israel, as is well known, was raised or born in Poland and knew the relevant languages. Their consideration of the surrounding society was natural. However, in the course of the decades the knowledge of the Polish language was diminishing. Simultaneously, new research developed in Israel, important and even pathbreaking, more focused on ›Jewish‹ issues, sometimes detached from the Polish context. As a result of this tendency, the research and teaching of Polish history and culture began following two separate watertight compartments: the ›Jewish‹ and the ›Polish‹. Unfortunately, with the passing away of the older generation of historians, the Polish path has been less emphasized in the Israeli academy.

A few months ago, you have opened the Interdisciplinary Unit for Polish Studies (IUPS) at the Faculty of Humanities of the University of Haifa. So which academic disciplines beyond History are involved in this endeavor, and how have you conceptualized it?

In the newly established unit we emphasize the integrative dimension of Polish-Jewish Studies. It is, of course, a very demanding task that forces us to immerse in different linguistic spheres, learning relevant religious, social, class discourses and practices, study different periods under changing ruling powers which left their long-lasting imprint on Polish-Jewish world. I would say it demands herculean efforts.

What about the staff of the new Unit for Polish Studies and its network? Who will support you?

In the frame of the Interdisciplinary Unit for Polish Studies, the University of Haifa created two completely new positions, one in the field of Polish language and literature. We are glad that Dr. Dorota Burda-Fischer, who is an internationally recognized scholar in the research of the famous 20th-century Polish writer Stanisław Vincenz, received this position. She studied Polonistics at the Adam Mickiewicz University in Poznań and wrote her dissertation at the Hebrew University in Jerusalem. The second position was opened in the field of premodern Polish history. I am happy that Dr. Anat Vaturi joined us as well. She is an innovative historian of medieval and early modern Poland. She is interested in Polish-Jewish relations, economic history, and interrelations between law and religion, and has published broadly in these fields.

Besides these colleagues, the University of Haifa has a number of important scholars dealing with other aspects of Polish-Jewish History and Culture, among others with translations (Prof. Rafi Weichert) and the Holocaust in the context of the German occupation of Poland during the Second World War (Prof. Sara Bender). Adjunct professors also contribute by offering relevant courses in other fields, such as press, cinema, international relations, etc. We expect that the unit will successively enlarge the range of fields, approaches, topics and disciplines.

In Israel, for a long time Poland has been mainly perceived as the site of the Holocaust, while other historical periods as well as the phase of transformation after 1989 attracted only minor interest. Would you say that your Center starts a new era in this regard?

It is very pretentious to say. When I was 14 years old, in another place and time, I joined a group that fought to start a new era. Neither this nor other projects reached adulthood. Since then, I believe in small steps, in day-to-day hard work.

The Holocaust omnipresence in the Israeli society, fueled on the one hand by the painful presence (and especially absence) of families enrooted on the European soil in general and the Polish lands in particular, and on the other by essentialist and simplistic visons of ›Poles‹, ›Jews‹, ›Arabs‹, or ›Germans‹, has dominated the mass media and the discourse of many politicians. This tendency resulted in fostering the image of Poland as the graveyard of the Jewish people. When scholars started to focus on the life and creations made in Poland by Jews and non-Jews, Christians and non-Christians, Poles and non-Poles, together and apart, the popular image was critically deconstructed.

Yet simultaneously, because Israel is such a small country, many Israelis travel abroad, also to Poland, and this awakes curiosity, and raises questions. Some of them begin to be interested in new, unknown aspects of post-communist and contemporary Poland. We support this interest by trying to present less known aspects of the vibrant cultures and histories of Poland.

What about your students’ interest in Polish or Polish-Jewish Studies? And how do they acquire the necessary language skills?

Many of our students come to Polish Studies following a specific interest. Some of them are interested in conceptual questions related to Holocaust and Genocide Studies. Others are motivated to investigate their personal or family roots. Yet others, intuitively understand that to comprehend some phenomena in Israeli society they have to explore its roots in Poland. Last, but not least, a group of students that, in their undergraduate studies, came across some course dealing with Polish history or culture that captivated their intellectual interest, decided to continue in this field. Coincidentally, my own path was of this kind.

The students acquire their linguistic skills in language courses taught in small groups in a very individual way in the frame of the unit. Of course, the Polish language is of pivotal importance. But, to fully understand the Polish history and culture, our students are used to learn also other languages, as Yiddish or German. In addition, as far as possible, depending on global conditions and individual circumstances, the students take Polish language intensive summer courses in Poland.

A new institution always needs intellectual support and funding. Would you let us know about your cooperation with external partners and sponsors?

We cooperate with the Polish Institute in Tel Aviv for almost two decades, thanks to its mediation and the support of the Polish embassy in Tel Aviv, the University of Haifa signed an agreement with NAWA – the Polish National Agency for Academic Exchange. The agreement states that the unit will keep the highest academic standards and will preserve its academic freedom. Of course, without academic freedom there is not genuine and innovative research. It is essential for the development of the field, our students and the whole society are part of.

On the website of the Polish Institute in Tel Aviv one can read: »The Interdisciplinary center for Polish Studies is created to offer the Israeli public a path to familiarize themselves with contemporary Poland as well as the rich centuries-long Polish-Jewish relations.« So does your Center reach beyond the academic audience? And what might its role in Israeli-Polish diplomacy might be?

The University of Haifa is the first in Israel to institutionally support environmental and social sustainability in research and education, the first in Israel to focus on the UN’s 17 Sustainable Development Goals (SDGs) through research, teaching, public engagement, and operations. So it is natural, that we will open our activities to the community, through exhibitions, art performances, film screening, as well as lectures aimed to reach a public beyond the academic audience. We are part of a global community of scholars, the mythical Republic of Letters, but we are also part of a tangible community of ordinary people in an open and heterogenous city like Haifa.

Thank you, wishing you all the best for this ambitious project!