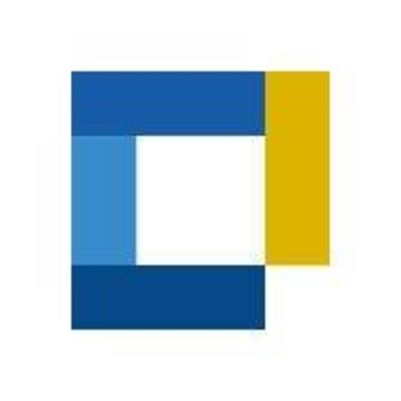 The question of cultural identities had a significant impact on 20th-century European history and has continued to be an important legacy since the post-war era, through the post-Cold-War and post-communist times, right up until the 21st century. Fascist regimes, and in particular Nazism, defined cultural identities from a racial perspective, whereby entire ethno-cultural groups were considered ’inferior‘, doomed to exclusion or even annihilation. Stalinism wanted to invent the ’Socialist nation‘, thereby traditional identities were in fact annulled in the name of creating the New Mankind. The fall of the Iron Curtain resulted in a major revival of cultural diversity in the former Eastern Bloc, while the exacerbation of cultural differences in the post-authoritarian Yugoslavia led to the state’s dissolution and bloody conflicts. In the 21st century, the construction of the European Union is linked to the acceptance of differences as regards cultural identity, one element of its cohesion being the creation of a space of democracy, solidarity and peace (‘United in Diversity’).

Cultural identities can be defined through various legal and political documents, statements and acts authored by both national states and supranational actors. Self-definitions of cultural groups may also respond to state and institutional policies. Finally, grass-roots actors are able to actively influence policies at national, transnational and supranational level. We are interested in discussing these multidirectional relations between cultural identities and politics, including both the top-down perspective of state policy (by state representatives), ranging from practices of discrimination to assimilation and integration, including granting autonomy; the perspective of the activities of different local groups and NGOs, activists, journalists and academics; last but not least, the broader perspective of international organizations, such as the European Union. We especially welcome presentations employing comparative perspectives, both in terms of local and regional diversities within Europe, as well as the multilayered historical impact of wars, genocides, revolutions and authoritarianisms, right up to the processes of democratization and Europeanization.

The specific topics to be discussed during the conference include:

We invite scholars of various disciplines: political sciences, history, sociology, law, European studies, cultural studies, linguistics, etc., as well as professionals working with the issue of cultural identities to present their insights and research based on legal and political archives, public and political debates, media and cultural texts, academic discourse and field research, as well as institutional projects and good practices at the professional level.

The event will be organized on-site (with the participants’ physical presence),17.-19.05.2022. The organisers will cover travel costs to and from Cluj-Napoca and provide accommodation during the event for those willing to travel from Europe. Online participation in the conference is only accepted in exceptional situations (pandemic-related circumstances, long travelling distance, etc.).Participants will be given the opportunity to attend the proceedings, take part in discussions and visit museums and memorial sites in Cluj-Napoca.

In order to participate in the selection of applications, interested persons must send a short CV (with only five main publications) and an abstract of paper of a maximum of 600 words by email to the address: 2022hystory.conference@ubbcluj.ro

Conference applications are expected until 28 February 2022.

The administrator of your personal data during recruitment process is Babeș-Bolyai University (Faculty of History and Philosophy). You can read the Personal Data Processing Notification here: https://www.ubbcluj.ro/en/politici/

Participation in the conference is subject to subsequent registration, whereby participants accept the rules of participation and the processing of their personal data by the organizers (including but not limited to your personal data disclosing racial or ethnic origin [based on your image], political views, religious or worldview-related convictions).

The conference is organized by the Institute of European Network Remembrance and Solidarity and Babeș-Bolyai University (the Faculty of History and Philosophy) from Cluj-Napoca (RO) in partnership with the Federal Institute for Culture and History of the Germans in Eastern Europe (Oldenburg, DE) and the Hungarian Committee of National Remembrance (Budapest, HU).

The Scientific Committee of the conference: